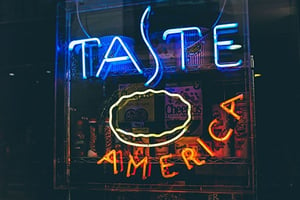 Millennials have the fever for flavor adventures—and as the largest U.S. age demographic,1 they just may take the cake as tastemakers whose preferences influence snack selections found on grocery stores and menus around the country.

As a recent article in The Washington Post reports, millennials love to snack, and their tendency to bypass traditional meals in favor of grazing drives demand for an ever-expanding array of snack options.1 In particular, healthy options such as roasted chickpeas, chia seed pudding and popped sorghum have emerged from obscurity to take a star turn as better-for-you fare.1

According to survey results from the market intelligence agency Mintel, millennials are the engine propelling the snacking revolution as the generational group most likely to snack four or more times per day.2 And they’re fueling up on tasty treats.

While only 10% of Gen Xers and 9% of Baby Boomers surveyed have the four-or-more daily snacks regimen, a quarter of millennials do.2 And though well-being is a determining factor in snack purchase decisions, the majority of survey respondents snack to treat themselves.2

Enjoyment remains a sweet spot in the snackification of America. Open-minded and curious, millennial snack enthusiasts are predisposed to enjoy new flavor experiences, with a keen interest in ethnic cuisine and vegetarian and vegan options.1 Millennials continue to inspire menu innovation, compelling foodservice establishments and restaurant operations to diversify and expand their offerings.

“Flavor is an ever-evolving art, ripe with opportunities for interpretation, innovation and creativity,” said Amanda Topper, Mintel’s associate director of foodservice research.3 “Today, that opportunity lies in the expansion of international flavors and ingredients and in the years ahead, we predict the ingenuity of new dishes will come down to enhancing the chemistry of ingredients to create hearty masterpieces. The future of flavor also lies in creating healthy dishes without giving up satisfying taste.”3

Mintel recently identified seven flavor trends that are poised to boost business and open up new horizons for foodservice operators.4

What do you think of millennial culinary wanderlust and the latest flavor trends? How are you catering to millennial snack fans' insistence on novel and diversified menu offerings? Explore our Culinary Center to find menu-elevating recipes that can help satisfy demand for daring flavor adventures.