Indian Flavors on a Hot Streak with American Snackers 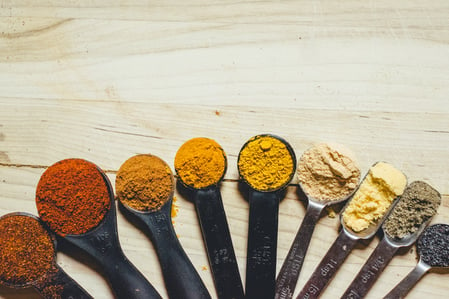 With roughly three times more India-born residents having college degrees than the general population, Indian-American households have an income level that is more than twice as high as the general U.S. population.1 The 3 million consumers of Indian origin who currently reside in the U.S. are a fast-growing market for snack manufacturers, as well as a rich source of culinary influences for a broader millennial market hungry for bold, new flavor experiences.1

The Heat Is On: Indian Snack Market Blazes a Trail

On the Indian subcontinent, the snack market is an expansive powerhouse whose growth rate is projected to exceed a CAGR of 11% during 2016–2021.2 Mondelēz International maintains a strong presence in India with such snacks as Cadbury 5 Star, a combination of milk chocolate, caramel and nougat which has been a favorite there for 40 years, as well as Cadbury Bournvita, a popular malted drink and one of the country’s most trusted brands.3

According to Chechi, the youth population is the primary driver of India’s snack business.2 With 356 million people between the ages of 10 and 24, India has the largest population of young people in the world.4 A mix of other factors, including rising per-capita income, a long tradition of snacking and a growing middle class, positions India as an especially profitable market for extruded snack manufacturers.2

In the U.S., Indian cuisine is having a moment as a timely tantalizer of adventurous millennial taste buds—so much so that Nation’s Restaurant News predicted Indian food would be one of the biggest trends of 2017.5 As foodservice operations strive to meet growing demand for diverse ethnic taste experiences, the time seems especially favorable for India’s flavorful fare. As Nation’s Restaurant News noted, Indian culinary influences are making inroads throughout the restaurant landscape, extending beyond trendy Indian eateries to fast-casual chains and fine dining bastions.5

In keeping with the fast casual boom in ethnic cuisine (think Chipotle and Qdoba for Tex-Mex), Indian-inspired fast casual restaurants are springing up across America, from Saffron in Los Angeles to Indikitch and Katir Roll Company in New York to Taja Indian in Denver and Houston.6 These concepts buck consumer expectations of the typical Indian restaurant with bright spaces, modern branding and menus tailored to the American fast-food customer.6

Indian influence has helped elevate curry to the status of a popular foodservice trend. American consumers seem partial to the ingredient as the cornerstone of Indian-American cuisine, from the burritos, wraps, bowls and salads at Tava Kitchen in the Bay Area to the Denver-region chainlet Biju's Little Curry Shop to the curry cauliflower at fast-casual giant Sweetgreen.7

Any plans to add Indian fare or Indian-inspired flavors to your menu? Do you agree that Indian culinary influences can help drive a higher check average among millennial consumers?